Winter Solstice 2018 with Full Moon and Meteor Shower, Traditional Chinese Medicine, and a Time for Repose

As an amateur Chinese Medicine practitioner, I had been bombarded with Chinese Celestial Moxa Patches (SanJiuTie) for the Winter Solstice (a.k.a. Dōngzhì, Winter Festival) via WeChat recently, but never expected this to show up in the Western world except like what China Daily did on Start of Winter.

No wonder I was so glad to see that Google Doodle also celebrates year 2018’s shortest day!

"In China, locals refer to the winter solstice as Dongzhi Festival, a celebration of winter's arrival," the Google Doodle team wrote. "Locals enjoy rice balls called tang yuan, which translates to, 'family reunion.' This treat is said to bring prosperity and unity — something all of us can enjoy on this auspicious day."

With a closer look, I learned that what special about this year is: a relatively rare kind of solstice coincides with two dazzling displays of celestial light to pierce the December darkness.

What is the Winter Solstice?

The word “solstice” comes from a mash-up of two Latin terms: sol, for Sun, and stitium, for stoppage. To ancient sky-watchers, this night marked the moment the sun appeared to stop in the sky at midday, and for one night, it appears as though the sun orbits around the Earth. 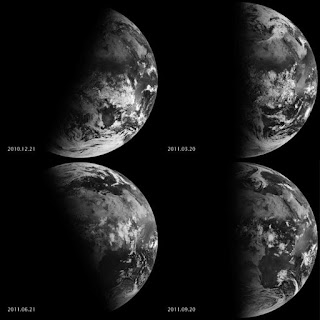 The tilt of the Earth causes certain parts of the Earth to be bathed in darkness over the year. The top left shows the Sun's rays during the winter solstice, when the Northern Hemisphere gets the least amount of light.

Although the solstice gets an entire day of recognition, it happens in an instant: at 5:23 p.m. EST (2:23 p.m. PST, 10:23 p.m. GMT), when the North Pole is at its farthest tilt of 23.5 degrees away from the sun. This position leaves the North Pole beyond the sun's reach, and plunges it into total darkness.
In the Southern Hemisphere, the sun will shine directly overhead at Noon at exactly 23.5 degrees south of the equator, along the imaginary latitude line known as the Tropic of Capricorn, which runs through Australia, Chile, southern Brazil and northern South Africa. This is when when the sun appears to be at its southernmost point in the sky; as such, the Southern Hemisphere has its longest day of the year, and the Northern Hemisphere has its shortest day of the year, on the December solstice, according to EarthSky.

Why the Sun Stands Still

If you go outside at midday local time on Friday, the Sun will appear to be at the lowest point it’s been in the sky over the whole year — that is, it will “stand still.” Tomorrow, it will appear a little bit higher, starting its slow climb back up to the longest day of the year, in June.
But if you’re going to venture outside at all, save your warmth for the night sky. The Cold Moon will be waiting, along with the elusive Ursids showering down from Ursa Minor, the sky’s little bear. Bright solstice, everyone!

So what's going on with this full moon?

Our last full moon of the year will come less than a day after the solstice. Again, for those of you who love precision, it will occur on Saturday, December 22, at 17:49 Universal Time (that's 12:49 p.m. ET), EarthSky says.
However, when you're looking out into a clear sky on Friday night, the moon will appear full to you -- and could be so bright that people with pretty good eyesight could read by it.
Over many centuries, this moon has been called several names: Cold Moon, Cold Full Moon, Long Night Moon (by some Native American tribes) or the Moon Before Yule (from the Anglo-Saxon lunar calendar).
If you're wondering how special this Cold Moon is so close to the solstice, it will be 2029 before it happens again. So it's not a once-in-a-lifetime event, but still, you don't see this too often.

Now what about that meteor shower?

The annual Ursids meteor shower is expected to peak a day or two after the solstice. You might be able to see up to 10 "shooting stars" per hour depending on your location.
The website In the Sky has a great feature that helps you figure out where to watch and how many meteors you might see. For instance, people in South Florida might expect just three per hour while people in Juneau, Alaska, might expect seven per hour. 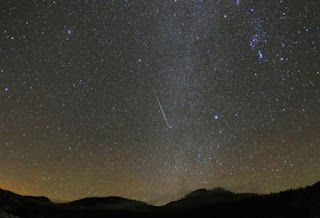 One caveat: That Cold Moon will be so bright that it could outshine some of the meteors as they streak in, making them harder to spot.

Two theories for why we sleep have always intrigued me: the restorative theory and brain plasticity. Sleep is said to be a time for our bodies and cognitive functions to repair, rejuvenate, and restore. Sleep is also said to be the time when structural and organizational changes in the brain takes place, known as brain plasticity. These theories are perhaps instructive on how we might observe the winter solstice.
The winter solstice is symbolic of that time for sleep. It is a critical solar term in the Chinese lunisolar calendar. That lunisolar calendar is the Huang Tao, or Yellow Path, an expression of the earth’s orbit around the sun. One cycle of the Yellow Path represents one calendar year, which is further subdivided into twenty-four solar terms. The winter solstice represents one of those twenty-four terms during the mid-winter season, identified in the lunisolar calendar by the earthly branch zi (子). Zi (子) is timed along the ascendant hour of the Rat, between 11 pm and 1 am, the time of sleep. Thus, midwinter corresponds with the time of sleep. Perhaps it is no coincidence that the winter solstice marks the longest night of the year.
In traditional Chinese culture, the winter solstice is a time for nourishment. Bone broth soups with healing herbs are prepared to restore the body. Under traditional Chinese medical philosophy, the physical body best absorbs nutrients during the cold winter months and so the winter solstice is a time for healing. Healing, nourishing foods are eaten to maintain both the physical and spiritual health of the body.

WHY THE CHINESE PEOPLE CELEBRATE WINTER SOLSTICE?
The reason why the Chinese people celebrate the Winter solstice is related to the theory of Yin and Yang. According to the Chinese astrology, Yang symbolizes masculine and positive, Yin has the opposite meanings. The ancient people think from the winter solstice, the Yin is at its peak and will disappear gradually. While the Yang or positive things will become stronger and stronger from the day. So winter solstice is regarded as an auspicious day to celebrate.
ORIGIN AND HISTORY
The winter solstice festival was originated from the Han Dynasty (202 BC – 220 AD) and thrived in the Tang and Song dynasties (618 - 1279). People in the old times attached great importance to the festival. In Han Dynasty, the festival is regarded as the Winter Festival and people had one day off for the holiday. Officials organized the ceremonies to celebrate the day and people visited each other with delicious food. During the Tang and Song Dynasties, the day was to sacrifice to the heaven and the ancestors. The emperor usually went to the suburb for worshiping to the heaven. The common people prayed at the tombs of their ancestors and deceased relatives on the day.


Traditions and customs for the day vary in different areas of China. 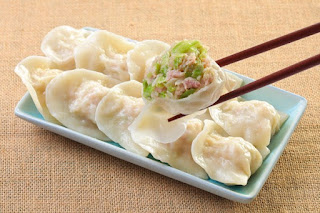 In the north, the regional Chinese celebrate the winter solstice by eating dumplings, wonton and mutton. 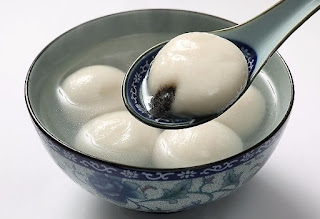 In the south, tang yuan, or sweetened glutinous rice dumplings are served. Both traditions are about the reunion of family, of family remembrance. Food offerings are left out on the ancestor altar through the eve of the winter solstice as further remembrance of family. Gold joss paper is burned as offerings for the family’s patron deities and silver joss paper burned as offerings to the dead. The next day, those food offerings from the altar are eaten for blessings, prosperity, and protection.
The 64 hexagrams of the I Ching (a.k.a. Book of Changes) represent the compendium of life and all life cycles. Hexagram 24 (復), indicating recharge, recovery, and repose, is the hexagram corresponding with the changes ushered in by the winter solstice. It is a turning point, when light wanes into darkness, a time for self-preservation.

This winter solstice, December 21, take time out of your regular schedule for self-care, repose, foods that will nourish your body, mind, and spirit, and a moment to remember the dead, so that the memories of those who came before us can strengthen the powers of those who are here now and with that rejuvenated strength, flourish during our literal and figurative winters. Set boundaries in your social life, put yourself first and preserve your own well-being, eradicate from your personal space that which you know to be toxic, and then prepare a hot meal to feed the soul. 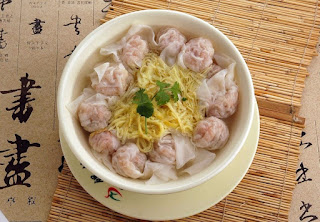 This longest dark night of the year, take the time for repose. It is the season to recharge yourself. It is also a time for structural and organizational planning of the 2019 to come!

Wisdom recognizing Winter Solstice is Universal, just as Holistic Medicine is Not Just in China

There are countless cultures that have recognized the winter solstice. The most famous is in Stonehenge in England. When the sun sets on the shortest day of the year, the sun's rays align with Stonehenge's central Altar stone and Slaughter stone, which may have had spiritual significance to the people who built the monument, Live Science reported in 2013.
Across the world in Mexico's Yucatan Peninsula, the ancient stonewalled Mayan city of Tulum also has a structure honoring the solstices. When the sun rises on the winter and summer solstices, its rays shine through a small hole at the top of one of the stone buildings, which creates a starburst effect.

“The December solstice is here. Here's how it works and why it starts winter and summer at the same time.” https://www.businessinsider.com/when-is-winter-solstice-shortest-day-year-december-2018-12

“The Winter Solstice, Traditional Chinese Medicine, and a Time for Repose” https://www.northatlanticbooks.com/blog/the-winter-solstice-traditional-chinese-medicine-and-a-time-for-repose/

Unusual Winter Solstice Ushers in a Cold Moon and "Cursed Ursid" Meteors -- Why the longest night of the year won't be all that dark. https://www.inverse.com/article/52000-winter-solstice-full-moon-ursid-meteor

“Welcome to winter solstice, the shortest day of the year” https://www.cbsnews.com/news/winter-solstice-2018-shortest-day-of-the-year-today-2018-12-21/